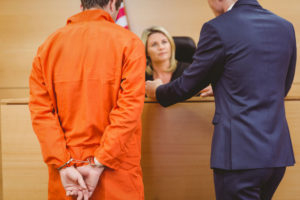 While assault and battery are both crimes against a person (and often, you see them used in combination), they are actually two different types of crimes that require two different types of defenses. Trying to represent yourself without understanding the smallest nuances between these two offenses can be fatal to your case.

Call our Georgia Assault lawyer today at (912) 525-0555 to help you understand this area of criminal law. With a solid defense, we can dismantle the state’s allegations against you piece by piece!

What Does the State Have to Prove – Reasonable Apprehension

Unlike a battery, an assault occurs when a person “…commits an act which places another in reasonable apprehension of immediately receiving a violent injury” (O.C.G.A. §16-5-20). Over the years, Georgia courts have fleshed out what “reasonable apprehension” means. In general, this legal phrase means you do not have to actually physically harm or touch someone for your actions to be considered an assault. However, words without action do not constitute an assault.

For example, if you said, “I’m going to beat you up after work next week.” It would be difficult for the victim to claim reasonable apprehension and difficult for a police officer or prosecutor to prove that the person being threatened had reasonable apprehension that you were going to immediately harm them. The same concept applies if, out of anger, you said, “I’m going to shoot you”; but there was no gun present. If the victim saw no gun in sight, an assault was not committed.

Putting Pressure on a High Burden

Attorney Brad Dixon is a former Military Prosecutor. He prosecuted hundreds of crimes, including assault, for almost a decade. Therefore, he already knows what you are up against when facing a criminal charge. Put his experience on your side by requesting a FREE Case Evaluation today!

Assault Charges and Penalties in Georgia

If you have been charged with assault in Richmond Hills, Hinesville or Savannah, Georgia, you need to speak with a skilled Assault Trial lawyer who has extensive experience with cases like yours. Assault charges can vary depending on the actions and circumstances involved.

We can help you defend these and many other types of assault charges:

In Georgia, assault offenses are typically divided into two categories: (1) Simple Assault, which is a misdemeanor; and (2) Aggravated Assault, which is a felony. Depending on your charge and the facts of your specific case, you could be facing a number of penalties. The severity of these penalties will differ depending on the type of assault for which a judge or jury ultimately finds you guilty.

These are the types of penalties we want to help you avoid:

You are innocent until proven guilty, so do not allow those who are against you to silence you! Every case is different. Therefore, we do not believe in a one-size-fits-all defense strategy. We also do not believe in pleading out cases. If you have been charged with assault in Georgia, we want to produce the best outcome possible for your situation.

While each assault case is different, here are some of the defenses we can use to prove your innocence or mitigate your situation:

Have You Been
Accused of a Crime?

Do not leave your future to chance! Our Georgia Criminal and Military Defense lawyer helps people just like you by telling their truth and defending their rights with dignity, honor and vigilance. We welcome the opportunity to answer your questions and evaluate your specific situation. Please complete the form below – your solutions start here!