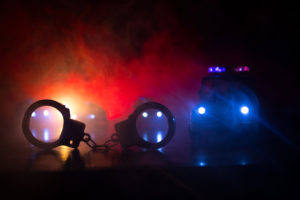 If you have been arrested and charged with driving under the influence (“DUI”) in Georgia, you need a prompt legal defense from a knowledgeable Georgia DUI lawyer. Georgia imposes harsh penalties (even for first-time DUI offenders) that can jeopardize your ability to work, go to school, and ultimately affect your and your family’s financial future.

In most cases, there are a number of defense strategies that we can use to defend your charges; even where a breathalyzer or breath test has indicated that your blood alcohol content level was above the legal limit. It can be difficult and overbearing to navigate the appeals process, hearings, submission of supporting documentation, and the DUI proceeding itself. You do not have to fight alone to keep your license and your good name. Allow our experienced Georgia DUI lawyer to guide you and skillfully craft a defense against your charges.

30-Day Time Limit Before Your License is Suspended

Defending your DUI charge is a time-sensitive matter due to the 30-Day Rule, which applies in most cases. After your DUI arrest, the clock starts ticking wherein you have 30 days to save your driver’s license. Therefore, you need to act fast by filing a 30-Day Letter to request an Administrative License Suspense hearing, which will determine whether your driver’s privileges will be suspended or maintained. Without this letter, your driver’s license will be suspended.

We welcome the opportunity to file this 30-Day Letter on your behalf and start preparing a solid and strategic defense to protect your driving privileges that you rely on every single day.

DUI Charges and Penalties in Georgia

We can represent and defend clients convicted of a broad range of DUI charges. DUI charges vary, and the DUI laws criminalizing Georgia drivers can convict you whether you were driving under the influence of alcohol, illegal drugs or legal drugs (e.g., alcohol, prescription, over-the-counter, or vapors like glue that may impair your ability to drive safely).

DUI charge classifications can range from misdemeanors to serious felonies, depending on the circumstances surrounding your incident. The types of DUI issues we can defend you against include, but are not limited to, the following:

The DUI laws in Georgia can impose a number of penalties, and these penalties vary greatly depending on the number of DUI offenses and the facts involved in your case. Naturally, the more serious the facts surrounding your offense, the more seriously the consequences can impact your livelihood and future.

Penalties for a DUI conviction can include the following:

Normally, when someone is arrested for Driving Under the Influence in Georgia, they are given their charges on a citation, or more commonly known as a “ticket.”  On the ticket, the arresting officer will specify whether the DUI is based upon Alcohol or Drugs.  If based on Alcohol, the officer will also specify whether the arrest is for “DUI Per Se” or “DUI Less Safe.”

What is DUI Per Se?

DUI Per Se is when a driver has a blood alcohol concentration (BAC) of .08 grams per 100 milliliters of blood (often referred to as .08%) within three hours after finishing driving.  Also, the alcohol must have been consumed prior to finishing driving.  In other words, it is a defense that the alcohol was consumed after the driving had already finished.

The two most common ways to determine a driver’s BAC is through a breath test or a blood test.  There are two different kinds of breath tests:  (1) the road side breathalyzer, and (2) the Intoxilyzer 9000, which is administered at the police station.  The biggest difference between these two tests is that the road-side breath test is performed prior to arrest, and it is not admissible into evidence at trial, due to its unreliability.  The Intoxilyzer 9000, however, is performed after a driver is arrested, it is admissible, and it will be used against you at trial.  The blood test is also administered after an arrest, and it is also admissible against you at trial.  Keep in mind that there are a number of defenses that may be applicable in your case with respect to the reliability of the breath and blood tests.

What is DUI Less Safe?

DUI Less Safe cases can be defended in various different ways.  Sometimes, the driver may consent to breath or blood testing, and those tests can be combatted.  On the other hand, if the driver does not consent to the testing, then the prosecution will normally rely upon the field sobriety test, which also may have a number flaws with respect to the way it was conducted.

We should pause here for a moment to clarify that a “refusal” to be provide a breath sample does not apply to the road-side breathalyzer.  It only applies to the Intoxilyzer 9000 breathalyzer that is conducted at the police station after an arrest.

However, not all hope is lost.  A driver has the ability to appeal the license suspension and request a hearing before a judge.  However, this appeal must be submitted to the Department of Driver Services within 30 days of the refusal.  This timeline is incredibly important.  If the request is submitted one day late, the driver will not be entitled to a hearing.

What if I refuse to take the road-side breathalyzer test?

A driver has a right to refuse to provide a breath sample during a road-side breathalyzer test.  These tests are the hand-held devices that officers provide to drivers while on the side of the road.  These tests are not reliable enough to be admitted into evidence later at trial.  So, the officer is simply using this test as a tool to gather evidence in determining whether probable cause exists to make an arrest.  The tricky part is that most officer’s won’t formally ask if a driver consents to a road-side breathalyzer.  Instead, they may casually pull out the device, hold it up to the driver, and just say something like “do you mind blowing?”  A driver has every right to respectfully decline at that point, and there are no legal consequences to doing so.  With that said, there may be some practical consequences, though.  If a driver refuses to go through with the road-side breathalyzer, the officer may think they have something to hide.  This may upset the officer, and the officer may wind up arresting the person anyways.  Regardless, this just means that the officer has less evidence upon which to build a DUI case.

A driver has a right to refuse a field sobriety test, a road-side breathalyzer test prior to being arrested.  It’s important to note that a person can also refuse to participate in an Intoxilyzer 9000 test (a different kind of breathalyzer than the road-side one) after being arrested, but that particular refusal will come with a license suspension for one year.  However, a refusal to participate in a field sobriety test or a road-side breathalyzer will not result in a person losing their license automatically.

Field sobriety tests and road-side breathalyzers are simply tools used by law enforcement officer to build probable cause for arrest.

So, what do I HAVE to do when I’m pulled over?

You have to provide your drivers license, proof of insurance, and your vehicle registration.  This is because it is illegal to operate a vehicle without these documents in your possession, and an officer can always request these items.

Do I have to answer questions?

While you may have the right to remain silent, you may not have the ability to do so.  This is often the tricky part.  We feel obligated to engage in these conversations with officers because it seems like the courteous and socially acceptable thing to do.  In fact, the officer normally will ask questions in a very casual sort of way in an effort to get you talking.  So, how do you refuse to provide a statement or ask questions without seeming like jerk?  Simply say “Sir/Ma’am, I respectfully assert my right to remain silent.”  It’s as simple as that.  Then, just keep quiet.

With the right strategy and a careful review of all of the facts surrounding your case, we can gather evidence and mount a defense that could include, but is not limited to, the following:

Know your Constitutional Rights when pulled over by the police! Contact us today for a FREE Case Evaluation. We will listen to you when others haven’t!

Have You Been
Accused of a Crime?

Do not leave your future to chance! Our Georgia Criminal and Military Defense lawyer helps people just like you by telling their truth and defending their rights with dignity, honor and vigilance. We welcome the opportunity to answer your questions and evaluate your specific situation. Please complete the form below – your solutions start here!